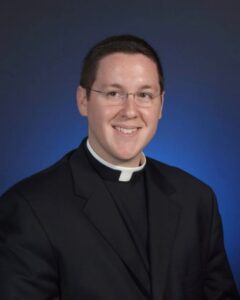 Father Ken, a native of South Philadelphia, studied at St. Charles Borromeo Seminary (2003-2011) and was ordained a priest of the Archdiocese of Philadelphia on May 21, 2011. Fr. Ken has served the faithful of the Archdiocese in various capacities and has enjoyed a variety of pastoral assignments since his ordination. Trusting in the heavenly intercession of St. Isidore—the humble worker and powerful intercessor—Fr. Ken is overjoyed to be entrusted with the pastoral care of souls as the parish priest of Quakertown.